It’s now just under two months until the big day, and a month has passed since I started taking this training thing seriously. We have been out rowing as a crew and I have been showing my face more regularly at the gym, so how have we been getting on?

We have now completed 3 on the water training sessions. For our first row we started by chucking the ice out of the boat and covered a miserly 3 miles in about as many hours. Nothing to worry about, we only need to complete 20 times that to get around the Isle of Wight!

The second row was looking more optimistic, the sun was shining and not only did we have a full crew of 8, they were all able to row, such progress! I commenced the row in the cox’s seat and as I sat and watched our scratch crew struggling back into action I wondered what on earth were we thinking! However as the session progressed so did we. We covered about 6 miles in 3.5 hours, and at times might have convinced the casual observer we knew what we were up to! 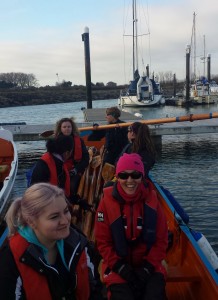 Happy faces before they realise its my turn to cox!

Row 3 and third time lucky… the sun quite rudely did not appear as expected,  but we didn’t need the sun as we started our row through the harbour and out into Solent Water. Once again I started off coxing and we were looking none too great, maybe the fact that stroke side were trying to row through mud rather then water due to my slightly too racy coxing line wasn’t helping! We did a tough few hours pushing against the tide, at times it felt like we were barely moving until finally we popped out into Solent Water. As soon as we emerged from shelter of the harbour things got a bit more interesting! I don’t know about everyone else but I loved the waves, and got an extra dose of energy as soon we had some waves to play with, awesome. The row back was easy (ish!) in comparison, we covered 4 miles in 50 minutes, which is the kind of pace we need to be doing when we row around the Island.

So what have I and the team learnt so far? 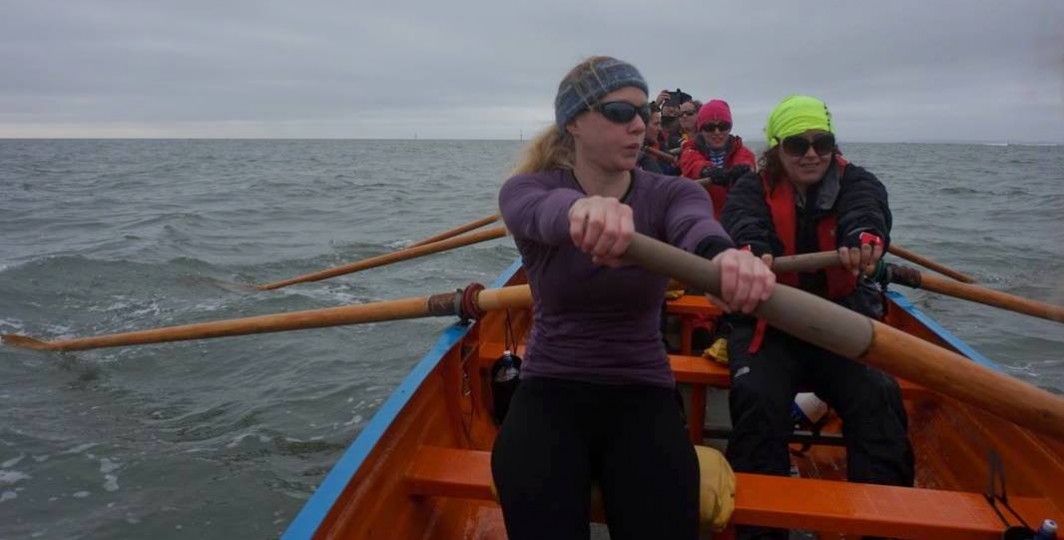 Me, trying to remember to breath!